We would like to offer our sincere support to anyone coping with grief. Enter your email below for our complimentary daily grief messages. Messages run for up to one year and you can stop at any time. Your email will not be used for any other purpose.

Share a memory
Obituary & Services
Tribute Wall
Read more about the life story of Janet and share your memory.

Janet Boodro died peacefully at her home in Belmont, Massachusetts on July 13, 2022.  She was predeceased by her parents Charles and Helen (Dolan) Boodro and her brothers Charles and Christopher. Janet is survived by her sister-in-law Linda Boodro, nieces Danielle (Stephen) Kearny, Caitlin Boodro and her fiancé Bryan Cahn, nephew Jonathan (Jennifer) Boodro, great nieces Mia, Sophia, and Olivia Kearney and Emery and Kaia Boodro and by many dear cousins and loving friends. Janet’s family is grateful for the love, care, and compassion of her devoted caregivers.

Janet grew up in Needham, MA.  She graduated from Needham High School, Newton College of the Sacred Heart, and received a Master’s degree in Computer Science from American University in Washington, DC.  In 2010, Janet retired from the U.S. Department of Justice, Justice Management Division in Washington, DC.

Janet is remembered for her intelligence, kindness, and gentle spirit.  She loved the Boston Symphony Orchestra, the Museum of Fine Arts, international travel, and vacations on Cape Cod and Martha’s Vineyard.

A lifelong volunteer, Janet delivered Meals on Wheels in Washington, provided overnight coverage at the Friends of Falls Church (VA) Winter Shelter, and visited homebound seniors through The Holiday Project of the National Capital Area.  After her retirement, Janet was a volunteer at Mount Auburn Hospital, the Belmont Food Pantry, and Little Brothers Friends of the Elderly.

Janet will be remembered in a Mass at St. Joseph’s Church, 130 Common Street, Belmont at 10am on Sunday, July 31, 2022.  At a later date, family and friends will gather to celebrate and remember Janet’s life. Internment at Holy Cross Cemetery in Malden, MA will be private.

In lieu of flowers, contributions may be made in Janet’s memory to the Alzheimer’s Association (alz.org).

To send flowers to the family or plant a tree in memory of Janet M. Boodro, please visit our floral store. 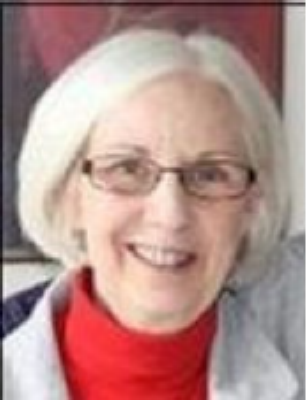 In Loving Memory Of

Look inside to read what others
have shared
Family and friends are coming together online to create a special keepsake. Every memory left on the online obituary will be automatically included in the book.

In Loving Memory Of

Look inside to read what others have shared

Family and friends are coming together online to create a special keepsake. Every memory left on the online obituary will be automatically included in the book.

You can still show your support by sending flowers directly to the family, or by planting a memorial tree in the memory of Janet M. Boodro